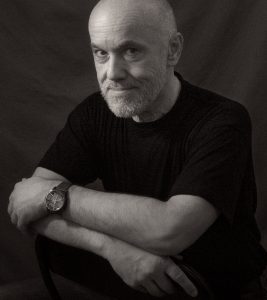 Đorđević started his career of art photographer in the mid-eighties as contributor to the magazines Omladinske novine, Mladina (Slovenia), Feral, Oko, Polet (Croatia) and Pogledi (Serbia), for the latter of which he also worked as photo editor. Until 2015, he worked as editor of the film and documentary programme at Kragujevac Television and as film lecturer at the Student Cultural Centre in Kragujevac. He is presently head of the Lumière’s Beam Photographic Agency.

Between 1985 and 1995, Đorđević worked as film, photography and video editor of advertising campaigns at Zastava-Yugo Automobiles. He cooperated with design and marketing departments of BMW, Fiat, YugoCars America and domestic advertising agencies. Đorđević won prestigious photography awards in former Yugoslavia, among them the Diploma of Anastas Jovanovic, as well as awards at over one hundred international and domestic art photography salons. He holds the title of Master of Photography from the Photo Association of Serbia and EFIAP (Excellence FIAP). He is member of ULUPUDS, the Association of Applied Arts Artists and Designers of Serbia, and honorary member of the “Cadre 36” Association for the Promotion of Analogue Photography in Zagreb, Croatia. From 2018 his works are in National museum of Serbia.

Back to top button
Close